In addition Tactus Institute has developed a niche in facilitating training for companies in the financial services space including Standard Bank, Nedbank, Investec, the Industrial Development Corporation, the Development Bank of Southern Africa, and the Bank Seta.

Our core expertise and differentiation from our competitors is our ability to conceptualize, design and deliver bespoke content for clients that has been placed in their specific industrial and operational setting.

Our product is purposefully exclusive and niche and designed to cater for the premium executive education market.

David has extensive experience in both the private and public sector. This covers companies ranging from SMEs to listed blue chip corporates. He began his career by serving articles at KPMG in Parktown Johannesburg. Subsequent to this he joined Nedbank’s Risk Division focusing on the commercial and corporate sections of the bank including structured finance and public financing. David was seconded for 6 months to Old Mutual Asset Management in London to assist with the launch of their first two hedge funds. This deepened his expertise in financial services and banking.

In 2004 David returned to public practice as a manager at PwC in their Banking and Capital Markets division. He was responsible for auditing and consulting with private and public treasuries, and Corporate Finance divisions. His clients included Eskom Treasury, the South African Reserve Bank, Rand Merchant Bank Corporate Finance, and the Bond Exchange of South Africa. David was also responsible for drawing up and implementing audit methodologies and rolling out firm wide training to ensure compliance with BEE and specifically the Financial Sector Charter. As from 2005, David has pursued the entrepreneurial route culminating in the founding of Tactus Advisory of which he is a founder and director.

He has won multiple awards including Executive Education Lecturer of the year 2012/2014/2015 at the Wits Business School, MBA Lecturer of the Year (Part Time) 2015 at GIBS. David is highly regarded in the banking and financial services sector in South Africa and beyond, having conducted engagements in countries including Kenya, Nigeria, Ghana, Dubai, United Kingdom, Tunisia, Egypt, Botswana, Namibia, Zimbabwe, Zambia, and India.

David holds a PhD in Project and Infrastructure Finance that focused on holistic measures for the more effective execution of infrastructure and project finance initiatives in sub- Saharan Africa. He funded ‘Mr. Mak’, an internet based platform that delivers the digitised financial and related content of the group via a professional, curated and bespoke platform. He is a passionate proponent of Africa’s potential through people, an avid reader and traveller, and a novice and very limited golfer. David is CEO of Mr. Mak, Tactus Institute and Director of Tactus Advisory.

She is currently finishing her Bcom in Financial Management at University of South Africa. Prudance has been in the professional industry since 2016. Prior to joining Mr Mak and Tactus Institute, she worked at a Software Development company as an Administrator in 2016 and during that course she was promoted to being a Business Analyst and Project Manager in 2017 to 2018. 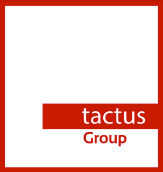